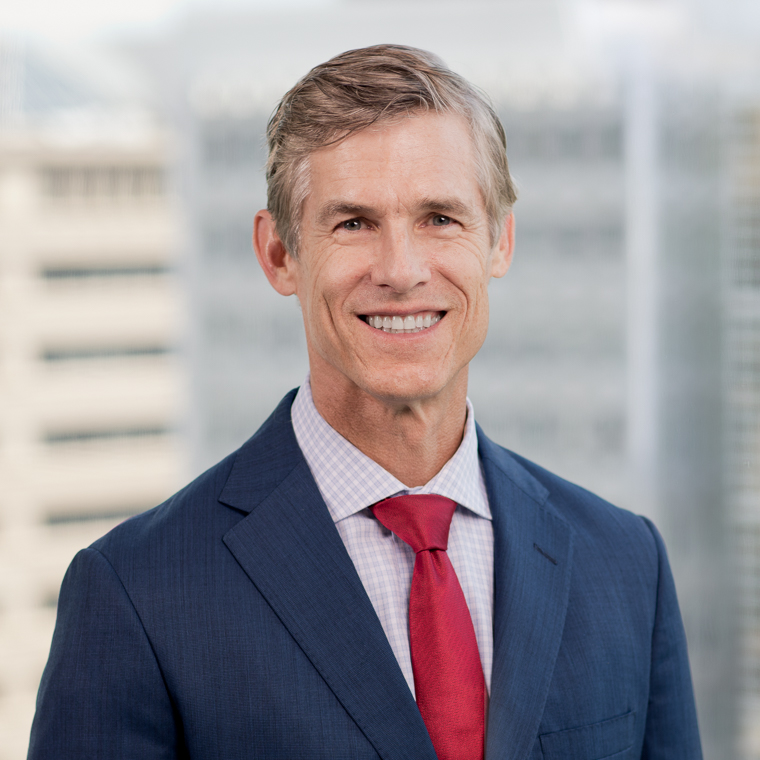 Brent Gurney is a first-chair trial lawyer with over 30 years of significant jury trial and other court experience in challenging civil and criminal cases throughout the United States. Mr. Gurney's experience includes a wide variety of high-profile matters involving complex commercial disputes, intellectual property disputes, white collar criminal defense and government investigations into a wide variety of matters, including the False Claims Act, government contracts, health care fraud, conspiracy, wire and mail fraud. Mr. Gurney is a Fellow of the American College of Trial Lawyers and a Member of its Complex Litigation Committee. He is regularly listed in Best Lawyers in America for Commercial Litigation and White Collar Criminal Defense and in Washington DC Super Lawyers.

Among Mr. Gurney's substantial jury trials is his defense of a former manager for a medical device manufacturer accused of fraudulent off-label marketing. In that case, Mr. Gurney obtained a complete dismissal of all charges following opening statements and testimony from the government's first witness. AmericanLawyer.com called the dismissal "quite the dramatic turn." The dismissal was one of five cases featured in "Winning," the National Law Journal's annual report on significant trial victories.

Mr. Gurney's significant jury trials also include the jury verdict for IGEN that allowed it to terminate its licensing agreement with Roche, IGEN's key business objective, and awarded $505 million in damages. The US Court of Appeals for the Fourth Circuit sustained the termination right, after which Roche purchased IGEN in a $1.25 billion deal. The $505 million jury verdict, which the Fourth Circuit reduced, ranks fourth in the National Law Journal's top verdicts in that year.

Mr. Gurney was also the first-chair trial attorney in a copyright infringement case brought by Bitmanagement that recently resulted in a victory before the Federal Circuit. The case arose out of the copying of hundreds of thousands of copies of Bitmanagement’s advanced graphics rendering software onto the Navy Marine Corps Intranet. After a six-day bench trial, the Court of Federal Claims found against Bitmanagement, but the Federal Circuit reversed, finding that that the government had engaged in copyright infringement and that Bitmanagement should be compensated.

Mr. Gurney has represented the City of Baltimore, the City of Chicago, the government of Puerto Rico and their respective police departments in high-profile civil rights pattern and practice investigations by the US Department of Justice. He also served as counsel to the Working Group on Police Reform and Racial Justice of the US Conference of Mayors, which released a detailed blueprint for improving policing and promoting equal justice in America’s cities. He is currently advising the city of Rochester New York and its police department on police reform.

Mr. Gurney has taught at the Harvard Law School Trial Advocacy Workshop and Introduction to Trial Advocacy Course. He is co-author of a book on electronic evidence for the American College of Trial Lawyers that was recently published in early 2022 by Bloomberg and was interviewed for the recently published book, The Art and Science of Expert Witness Testimony: A Multidisciplinary Guide for Professionals, by Karen Postal (Routledge, Sept. 2021). He maintains an active pro bono practice and is a member of the Board of Directors of Leveling the Playing Field, which provides children the opportunity to enjoy youth sports participation by donating used and excess sporting equipment to low-income communities.

Mr. Gurney previously served as Assistant US Attorney in the US Attorney's Office for the District of Maryland and was later appointed Deputy Chief for the Southern Division. Mr. Gurney’s successes while at the US Attorney’s Office included obtaining convictions of nine defendants for distributing fentanyl and heroin that led to the deaths of 30 persons.

A global team handling highly complex and sensitive matters in all aspects of litigation.
Uncompromising defense of corporations and individuals in high-profile and complex litigation and investigations.
A proven team that wins the highest stakes cases.
With litigators who previously served as senior lawyers in the Departments of Justice and Defense, our team has successfully represented clients in difficult, high-stakes FCA litigation brought by relators and the government.
Named an “FCPA Powerhouse” and “Practice Group of the Year,” we have been involved in some of the most notable public and non-public cases and key developments related to FCPA and anti-corruption issues.
When legal, public policy and media challenges converge and an institution's reputation and business are at stake, no firm rivals WilmerHale’s ability to navigate fast-moving events and craft lasting solutions.
Advising life sciences innovators, investors and industry leaders on complex transactions, legal issues and business challenges.
Providing effective, creative and efficient representation for clients’ most complex commercial disputes.
Resolving large-scale commercial disputes, complex litigation, and government inquiries in construction matters.
Offering solutions to the unique challenges of investigations involving government contracts.

View all of Brent's insights & news