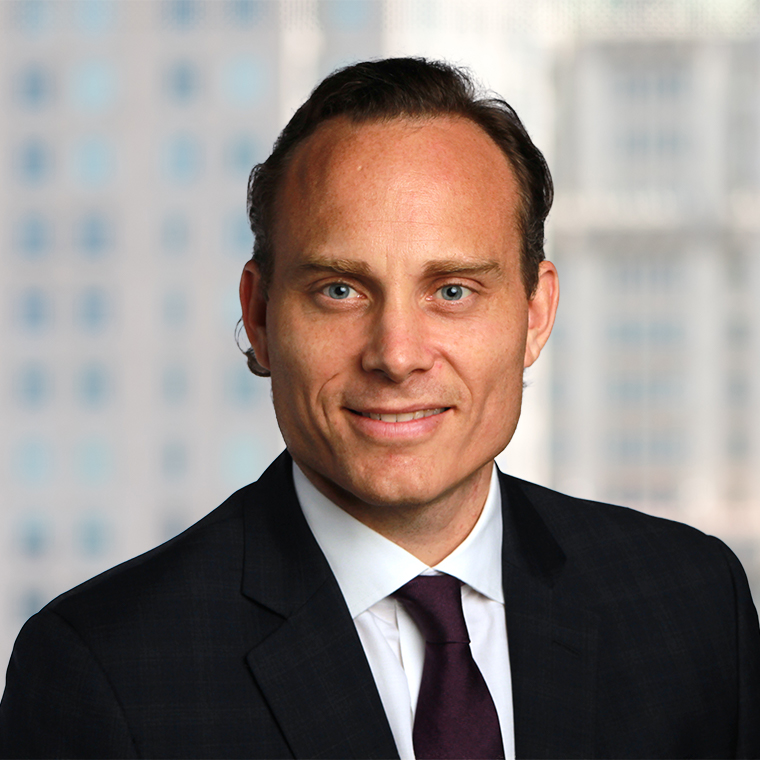 His recent notable representations include securing the dismissal, prior to trial, of a civil complaint against an international consulting firm alleging computer hacking and the theft of trade secrets filed in California federal court; the defense at trial in the Southern District of New York of a former pharmaceutical executive against charges of fraud and money laundering; and the representation of a financial services firm in connection with high-profile parallel investigations by the Department of Justice and the Securities and Exchange Commission.

Before joining WilmerHale, Mr. McGuire served for more than ten years as an Assistant US Attorney in the US Attorney’s Office for the Southern District of New York. During his tenure as Assistant US Attorney, Mr. McGuire was appointed to lead the Public Corruption Unit and then the Terrorism and International Narcotics Unit. As chief of the Public Corruption Unit, Mr. McGuire led some of the most notable investigations and prosecutions of New York officials in recent years, as well as cases involving violations of securities fraud, the federal fraud and bribery statutes, healthcare fraud and tax evasion. He also oversaw multiple corporate prosecutions, including the settlement of the largest municipal fraud case in history. During his tenure as chief of the Terrorism and International Narcotics Unit, Mr. McGuire supervised investigations and prosecutions of international and domestic terrorism, money laundering, violations of economic sanctions and export control laws, espionage, and global narcotics trafficking. In that position, he regularly coordinated criminal investigations with the intelligence community, the Department of the Treasury, the Department of Defense, the Department of State and foreign governments. Prior to his supervisory positions as a member of the Terrorism Unit, Mr. McGuire handled some of the most significant terrorism cases within the Department of Justice, including the 2009 kidnapping of Captain Richard Phillips by Somali pirates in the Indian Ocean, the 2010 prosecution of Faisal Shahzad for the attempted bombing of Times Square and the 2011 prosecution of Russian arms dealer Viktor Bout for conspiring to kill Americans.

After receiving his law degree, Mr. McGuire practiced as a litigator at two prominent New York law firms where he specialized in white-collar defense and corporate investigations. He also clerked for the Honorable Peter K. Leisure of the US District Court for the Southern District of New York.

Mr. McGuire is a Lecturer in Law at Columbia University School of Law, where he teaches national security law. He also serves on the Board of the National Committee on American Foreign Policy and the John Jay College Foundation, and recently completed his term on the Board of Trustees of Regis High School. He is also a member of the Lawyers Council for the Citizens Crime Commission of New York City and is an active member of federal and state bar organizations.

Backed by deep experience gained across the legal, government and corporate spheres, we guide clients through internal investigations, monitorships, and other crucial AML and economic sanctions matters.
Counseling clients on challenging banking and financial services issues and complex consumer financial services rules and regulations.
Resolving large-scale commercial disputes, complex litigation, and government inquiries in construction matters.
Leveraging extensive federal- and state-level experience to guide clients through the complex rules and regulations related to consumer financial services.
Helping companies develop and execute the legal and operational plans needed to navigate challenges related to the coronavirus (COVID-19).
When legal, public policy and media challenges converge and an institution's reputation and business are at stake, no firm rivals WilmerHale’s ability to navigate fast-moving events and craft lasting solutions.
We help companies protect data, comply with evolving regulations, and respond to investigations and litigation.
Named an “FCPA Powerhouse” and “Practice Group of the Year,” we have been involved in some of the most notable public and non-public cases and key developments related to FCPA and anti-corruption issues.
A global team handling highly complex and sensitive matters in all aspects of litigation.
Serving as government-appointed independent compliance monitors and providing trusted guidance to clients on monitor-related compliance matters.
A proven team that wins the highest stakes cases.
Uncompromising defense of corporations and individuals in high-profile and complex litigation and investigations.

View all of Brendan's insights & news