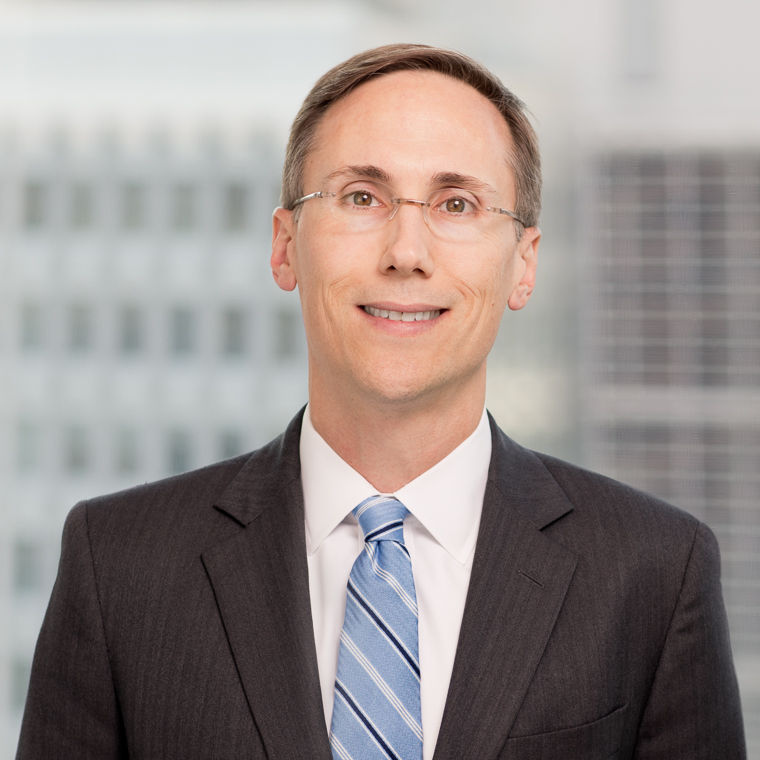 Brian Boynton is an experienced civil litigator in the firm's Government and Regulatory Litigation Group. His practice focuses on complex government, regulatory and commercial litigation, including challenges to federal agency action under the Administrative Procedure Act (APA), litigation under a range of federal regulatory regimes, and constitutional and preemption challenges.

Mr. Boynton rejoined the firm in 2017 following his service at the US Department of Justice. From 2014 to 2016, Mr. Boynton was a Deputy Assistant Attorney General in the Office of Legal Counsel—the office charged with providing authoritative legal advice to the President and Executive Branch. From 2016 to early 2017, he served as a counselor to Attorney General Loretta Lynch, helping to coordinate significant civil litigation involving the department.

Prior to joining the Department of Justice, Mr. Boynton practiced at the firm for 12 years. He has substantial experience at all stages of litigation and has handled a wide range of complex government, regulatory and commercial litigation.

Mr. Boynton has extensive experience with respect to challenges under the APA. He has litigated APA challenges to regulations and administrative decisions by numerous federal agencies and represents parties challenging agency actions as well as parties intervening to help defend favorable agency actions.

Mr. Boynton also represents clients in complex regulatory litigation and commercial disputes. He has handled False Claims Act litigation and investigations in a range of industries, including health care, telecommunications and construction. He has also litigated high-profile matters under the antitrust laws, the Fair Housing Act, the Lanham Act, the Electronic Communications Privacy Act, the Wiretap Act, and the Foreign Intelligence Surveillance Act. He also has litigated patent, fraud and breach of contract cases.

Counselor to the Attorney General

From 2016 until early 2017, Mr. Boynton served as a Counselor to Attorney General Loretta Lynch at the US Department of Justice. He was responsible for advising the Attorney General with respect to significant matters falling within his portfolio and helping to coordinate the department's handling of those matters. His portfolio included the Civil Division, the Office of the Solicitor General, the Office of Legal Counsel, the Antitrust Division, residential mortgage-backed securities matters, the Executive Office for Immigration Review, and matters under consideration by the Committee on Foreign Investment in the United States.

From 2014 to 2016, Mr. Boynton served as a Deputy Assistant Attorney General in the Department of Justice's Office of Legal Counsel (OLC), which provides authoritative legal advice to the President, the Department of Justice and other Executive Branch agencies, typically with respect to difficult and important legal issues, constitutional questions and legal disputes between different Executive Branch agencies.

During his time at OLC, Mr. Boynton provided advice on a wide range of complex constitutional, statutory and administrative law questions. He drafted and assisted in the preparation of a number of formal opinions and provided informal advice on a host of issues. He also oversaw OLC's review and analysis of the constitutionality of pending and enacted legislation.

A global team handling highly complex and sensitive matters in all aspects of litigation.
Drawing on years of experience in the public and private sectors, our lawyers handle a range of litigation involving the federal government, state and foreign governments, and complex regulatory regimes.
Combining our trial and appellate strengths allows us to shape litigation strategy from the outset to maximize the likelihood of ultimate success.
Clients rely on our team of experienced regulatory litigators and former government officials to handle all aspects of administrative law litigation.
Led by litigators who previously served as senior lawyers with the Departments of Justice and Defense, our team has successfully represented clients in difficult, high-stakes FCA litigation brought by relators and the government.
Helping educational institutions solve their most complex, high-stakes problems.
Comprehensive counseling for healthcare providers, insurers and the companies that supply them with products and services.
Advising life sciences innovators, investors and industry leaders on complex transactions, legal issues and business challenges.
Helping companies develop and execute the legal and operational plans needed to navigate challenges related to the coronavirus (COVID-19).