WilmerHale offers one of the world’s premier international arbitration and dispute resolution practices.
A global team handling highly complex and sensitive matters in all aspects of litigation.

The International Arbitration Practice at Wilmer Cutler Pickering Hale and Dorr LLP has been named Transatlantic Dispute Resolution Team of the Year by Legal Week and The American Lawyer. The practice was honored June 14 at an awards ceremony in London, based on its exceptional representation of international arbitration clients in 2017.

Legal Week and The American Lawyer recognized the International Arbitration Practice for its representation of the Kurdistan Regional Government in a long-running dispute with three Middle Eastern companies. This was one of the largest arbitrations ever conducted in London, and gave rise to ancillary court proceedings before the national courts of several jurisdictions, including England and Wales, the United States, the United Arab Emirates and the Netherlands. Duncan Speller, co-lead partner with Rachael Kent and Gary Born, collected the award on behalf of the practice.

Our representation in these matters was one of numerous international arbitrations and litigations that Wilmer Cutler Pickering Hale and Dorr’s International Arbitration Practice is handling. The practice is based in London, New York and Washington DC, with more than 60 lawyers trained and qualified in a wide range of common and civil jurisdictions. The International Arbitration Practice’s partners include Gary Born, Charlie Caher, Steven Finizio, Franz Schwarz and Duncan Speller in London, John Pierce and James Carter in New York, and Rachael Kent and John Trenor in Washington DC. The group has been recognized in a number of recent awards as one of the leading international dispute resolution practices around the world. 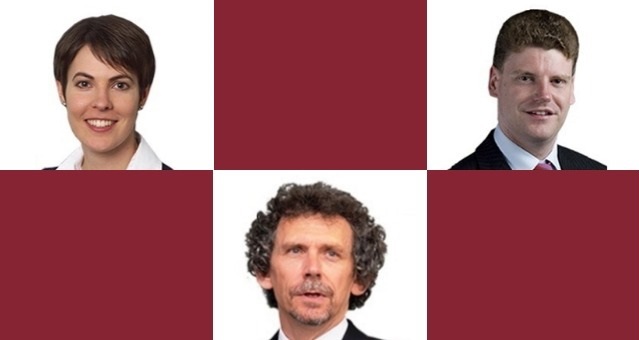