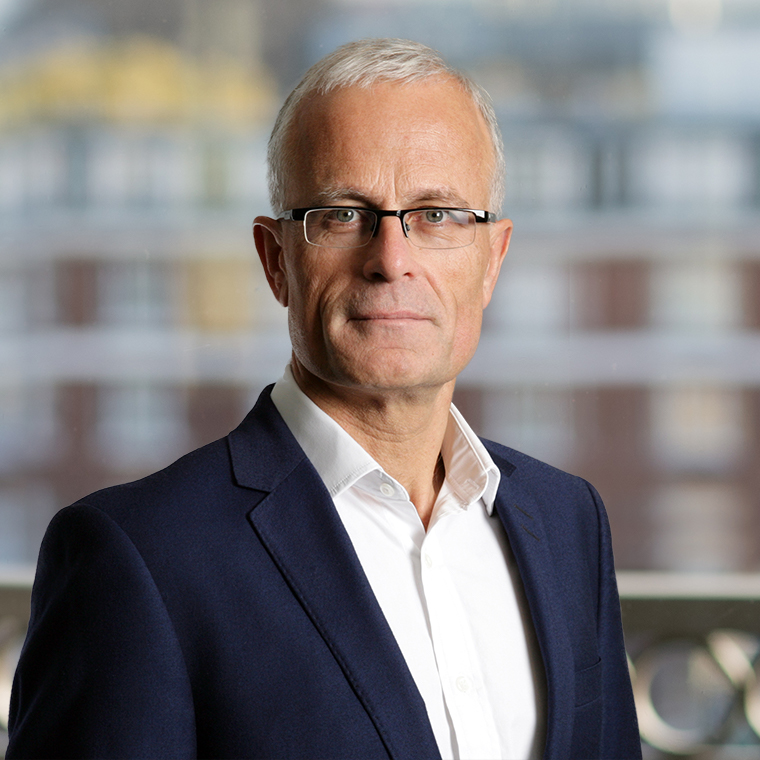 Stephen Pollard is a seasoned litigator with more than 30 years of experience in the full spectrum of business crime and securities enforcement work. During his career, Mr. Pollard has a been involved in most of the significant business crime investigations and prosecutions brought by the UK authorities. Mr. Pollard has particular experience in representing senior individuals from public and private companies, including those from the financial services sector. In addition, Mr. Pollard is regularly instructed to advise national and international companies facing complex and sensitive issues relating to criminal, regulatory or reputational matters.

Mr. Pollard was named in 2019 as “Business Crime Defence Lawyer of the Year” and in 2018 as “Investigations Lawyer of the Year” by Who’s Who Legal, and is ranked as a top tiered practitioner by all the legal directories, including Chambers UK, which has ranked him as a “Star Individual.” His historic matters include representing former Barings trader Nick Leeson, as well as a defendant in the FCA's first criminal prosecution for market manipulation. Mr. Pollard acted for the former Commercial Director of British Airways in relation to allegations of price fixing, which resulted in an acquittal after the collapse of the trial. He also represented Vincent Tchenguiz in his successful challenge to the SFO investigation relating to the collapse of Kaupthing bank, and Rohan Ramchandani who was recently acquitted on allegations of manipulating the FX market.

We offer clients exceptional insight in dealing with competition agencies in the United States, Europe and around the world.
Antitrust and Competition
Representing clients in sensitive inquiries across jurisdictions.
European Union Regulatory Group
Guiding clients through high-stakes and sensitive investigations.
A global team handling highly complex and sensitive matters in all aspects of litigation.
WilmerHale has a record of success at all stages of enforcement proceedings—from informal inquiries to litigation.
WilmerHale has defended clients in hundreds of class, derivative, shareholder and individual actions alleging securities fraud, breach of fiduciary duty and other corporate misconduct.
Multinational companies, corporate executives, high-ranking public officials and in-house counsel rely on our preeminent practice and depth of experience when facing complex and challenging criminal and regulatory investigations.
Focusing on international arbitration and dispute resolution, investigations, financial services enforcement, and IP litigation.
Uncompromising defense of corporations and individuals in high-profile and complex litigation and investigations.

Chambers 100 UK, a list that identifies the top 100 lawyers in the UK who excel in both technical legal ability and in client service, named Mr. Pollard in its 2013 rankings. Mr. Pollard is also one of only two “Band 1” individuals recommended for white collar crime fraud work in Chambers UK, with sources describing him as an “excellent tactician” and an “exceptional practitioner” with “an excellent track record of acting on behalf of individuals in high profile investigations conducted by regulators.”

The 2018–2020 editions of Chambers UK rank Mr. Pollard as a "Star Individual" and praises him for "his breadth of knowledge and experience in his field which is world-class," adding that "his ability to strategise is unmatched," he "has been at the top of his game for 25 years and is one of the best ever," and that "he is hugely likeable and down-to-earth, but equally formidable when representing the interests of his clients. He is one of the characters for whom everyone in the room will stop and listen, his judgement is unbelievably good." Mr. Pollard is also ranked in the 2019 Chambers High Net Worth Guide for financial crime, which describes him as "an extremely significant figure in the industry," "one of the best criminal lawyers in the country," "brilliant," and "one of the best lawyers in the white-collar world."

The 2017 edition of Chambers UK describes Mr. Pollard as "a phenomenal tactician" who is "a highly intelligent, very calm man" who can "assess all evidential developments quickly and rationally," and is "a skilled operator" with a "very shrewd, very good understanding of how to deal with cases." Past editions of Chambers UK describe Mr. Pollard as "very, very bright and energetic, has the right level of involvement and is very quick to take in information." The guides report he is "highly talented," "'brilliant'" and "is 'very sophisticated in his advice, and he gives a lot of thought to legal and tactical situations.'" He was also commended for his "grasp of the way to deal with individual clients under great stress," and sources reported "he has got marvellous strategic sense, so he can see beyond his own client and the politics of the matter," and is "legendary … He has the perfect combination of commercial litigation skills and a criminal law background, and always fights his client's corner well,” and he “offer[s] a Rolls-Royce criminal fraud service.” He is also listed as a leading practitioner for his financial services work and cartel defence practice.

Mr. Pollard was inducted into The Legal 500 UK Hall of Fame in 2018 for corporate and commercial: financial services (London); crime, fraud and licensing: fraud: white-collar crime (London); and risk advisory: regulatory investigations and corporate crime (London). In the 2013–2020 editions of The Legal 500 UK, Mr. Pollard is described by clients as "very experienced in dealing with SFO and FCA investigations," a "polished and dedicated class-act," "simply the best man to have in a crisis," "excellent at representing individuals," and a "consummate professional" who is "vastly experienced" and "highly tactical." He is recommended as an "elite" individual in the Fraud: White Collar Crime, Corporate and Commercial: Financial Services, Contentious, Regulatory Investigations and Corporate Crime categories, and was also recognized in previous editions.

Mr. Pollard was honored by Best Lawyers in the United Kingdom as the 2012 and 2014 London Fraud Lawyer of the Year, and is consistently recognized in the financial services, litigation and fraud practice areas.

Mr. Pollard was selected by clients and peers as the 2018 Investigations Lawyer of the Year and was also named among the world's most highly regarded investigations lawyers in the 2015, 2016, 2017 and 2018 editions of Global Investigations Review's Who's Who Legal: Investigations. He was named in the 2018 edition of Global Investigations Review's Who's Who Legal: Business Crime Defence—Global Elite Thought Leaders as number one for corporate defence and in the top 10 for individual defense in EMEA, described as "at the top of his game," "a huge name in the white-collar market" and "equally great in the corporate and individual space." He was named the 2019 "Business Crime Defence Lawyer of the Year" and recognized in the 2013, 2014 and 2015 editions of The International Who's Who of Business Crime Defence Lawyers. Sources recently said he has "excellent regulatory expertise," is "simply excellent" and "boasts a brilliant track record."