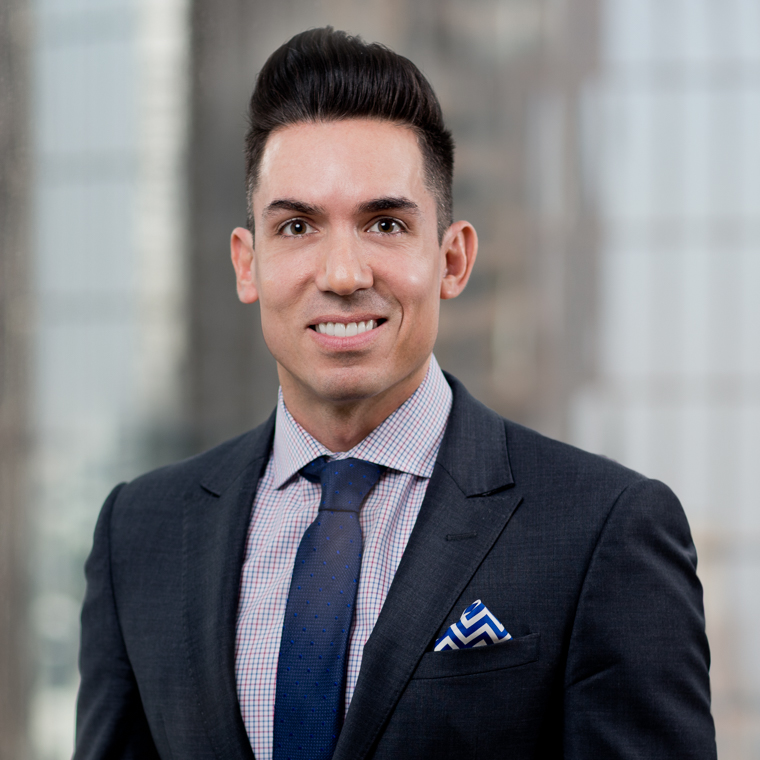 Since April 2020, Mr. Benedetto has written extensively about the FCA implications of the federal government’s response to the COVID-19 pandemic. He has also provided FCA compliance counseling to a range of clients addressing CARES Act issues, including funding through the Paycheck Protection Program.

In the past year, Mr. Benedetto has represented a California-based financial technology company in multiple government plaintiff lawsuits alleging unfair business practices in connection with tax preparation services; a major financial institution in a number of state false claims act litigations around the country; an aerospace manufacturer in a federal criminal investigation of export control practices; and a technology company in a sensitive internal investigation related to allegations of sexual misconduct by an executive.

In 2016, the National LGBT Bar Association named Mr. Benedetto to its list of “Best LGBT Attorneys Under the Age of 40.” He was also selected to be a fellow of the American Bar Foundation.

Before pursuing his law degree, Mr. Benedetto taught English at Phillips Academy, Andover, and pursued a PhD in English at The Johns Hopkins University.

Mr. Benedetto has litigated cases in federal and state trial and appellate courts, including the US Supreme Court. He has argued writs and appeals in the California appellate courts. Matters have included: state and federal False Claims Act violations; securities fraud; consumer fraud; breaches of contract, false advertising and other business torts; and consumer privacy actions.

Mr. Benedetto serves on the firmwide Pro Bono and Public Service Committee and the West Coast Diversity Committee. In 2016, he received the firm's Pickering Award for Excellence in Pro Bono Service. In 2021, he joined the Board of Directors of Bet Tzedek, a Los Angeles-based nonprofit organization dedicated to providing free legal services and advocacy on behalf of low-income individuals and families.

In his pro bono practice, Mr. Benedetto obtained in 2015 a rare federal jury verdict in favor of his client, a California state prisoner, in a First Amendment retaliation case brought against state correctional officers. The verdict was covered by the Daily Journal and the San Francisco Chronicle. He argued an appeal before the Ninth Circuit Court of Appeals on behalf of another California state prisoner in a federal challenge to his conditions of confinement.

Mr. Benedetto also successfully represented a disabled, gay Army veteran in a federal challenge to the Defense of Marriage Act, obtaining summary judgment in her favor in an action which sought disability compensation for her same-sex spouse. He has also represented multiple veterans before the United States Court of Appeals for Veterans Claims, in connection with claims for service-connected benefits. In the past year, he has taken on multiple representations challenging state laws that ban transgender athletes from participating in high school sports.

A global team handling highly complex and sensitive matters in all aspects of litigation.
With litigators who previously served as senior lawyers in the Departments of Justice and Defense, our team has successfully represented clients in difficult, high-stakes FCA litigation brought by relators and the government.
Clients across a range of industries turn to WilmerHale for sophisticated representation in high-stakes class action litigation.
We help companies protect data, comply with evolving regulations, and respond to investigations and litigation.
WilmerHale has defended clients in hundreds of class, derivative, shareholder and individual actions alleging securities fraud, breach of fiduciary duty and other corporate misconduct.
Uncompromising defense of corporations and individuals in high-profile and complex litigation and investigations.
WilmerHale has a record of success at all stages of enforcement proceedings—from informal inquiries to litigation.
Drawing on years of experience in the public and private sectors, our lawyers handle a range of litigation involving the federal government, state and foreign governments, and complex regulatory regimes.
Providing effective, creative and efficient representation for clients’ most complex commercial disputes.
A proven team that wins the highest stakes cases.