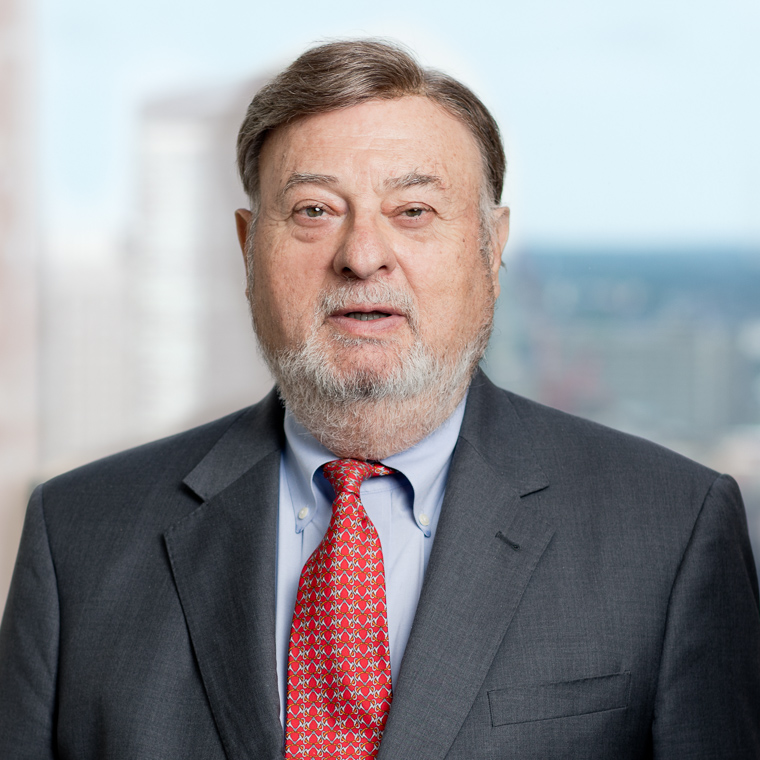 Arthur Gajarsa is a senior counsel in the Litigation/Controversy Department and a member of the Intellectual Property Litigation Practice. He joined the firm in 2012.

Prior to joining WilmerHale, Judge Gajarsa had a long and distinguished career in the judiciary. He was nominated to the Federal Circuit in 1996 by President Clinton, confirmed by the US Senate in 1997 and served for 15 years, retiring in June 2012. Prior to his appointment, Judge Gajarsa was a well-recognized litigator who also practiced corporate law, intellectual property, environmental law, securities law and general litigation with various law firms as a partner or principal officer in Washington DC. His career includes service at the Department of Commerce, Department of the Interior and Department of Defense.

After graduation from law school, Judge Gajarsa served as a law clerk for the Honorable Joseph J. McGarraghy of the US District Court in Washington DC. In 1968, he became an associate in the office of the General Counsel of Aetna Life & Casualty. Secretary of the Interior, Walter J. Hickle, and Commissioner of Indian Affairs, Louis R. Bruce, subsequently appointed him in 1969 as a special counsel to the Commissioner of Indian Affairs at the Department of the Interior. He remained in that position until 1971.

Due to his active participation in international affairs and his activities with the Italian American community, including his participation as one of the founders of the National Italian American Foundation in 1976, serving as its general counsel and as its president, as well as its vice chairman until 1996, Judge Gajarsa was honored by the Republic of Italy in 1995 with the Order of Commendatore for his extensive efforts to improve relations between the United States and Italy. He was also awarded a Lifetime Achievement Award by the Sons of Italy Educational Foundation in 2010.

Since 1994, Judge Gajarsa has served on the Board of Trustees of Rensselaer serving from 1998–2010 as the Vice Chair and since 2011 as the Chairman of the Board. In October of 2002, he was appointed to serve as a member of the International Relations Committee of the Judicial Conference by the Chief Justice of the United States. As a member of this Committee, Judge Gajarsa continued to pursue his interest in programs for the Rule of Law and participated in numerous international judicial education programs in the US as well as Europe and the far East. He was appointed to serve on the Advisory Board for the Federal Circuit by the Chief Judge of the Federal Circuit.

Judge Gajarsa has been active throughout his career serving on many nonprofit boards, including the American University of Rome, the Institute of Contemporary Culture, the Foundation for Improving Understanding of the Arts, the John Carroll Society, the Rensselaer Newman Foundation and Outward Bound, USA.

A global team handling highly complex and sensitive matters in all aspects of litigation.
Clients trust us to protect their most important intellectual property matters.
WilmerHale offers one of the world’s premier international arbitration and dispute resolution practices.

In 1974, he received the John F. Kennedy award for his work with Native Americans. Judge Gajarsa has also received numerous awards from Rensselaer Polytechnic Institute, being recognized by his alma mater with the Sun & Balance Medal, the Key Alumni Award, the Albert Fox Demers award and the Distinguished Service Award—the highest honor bestowed by Rensselaer.

View all of Arthur's insights & news