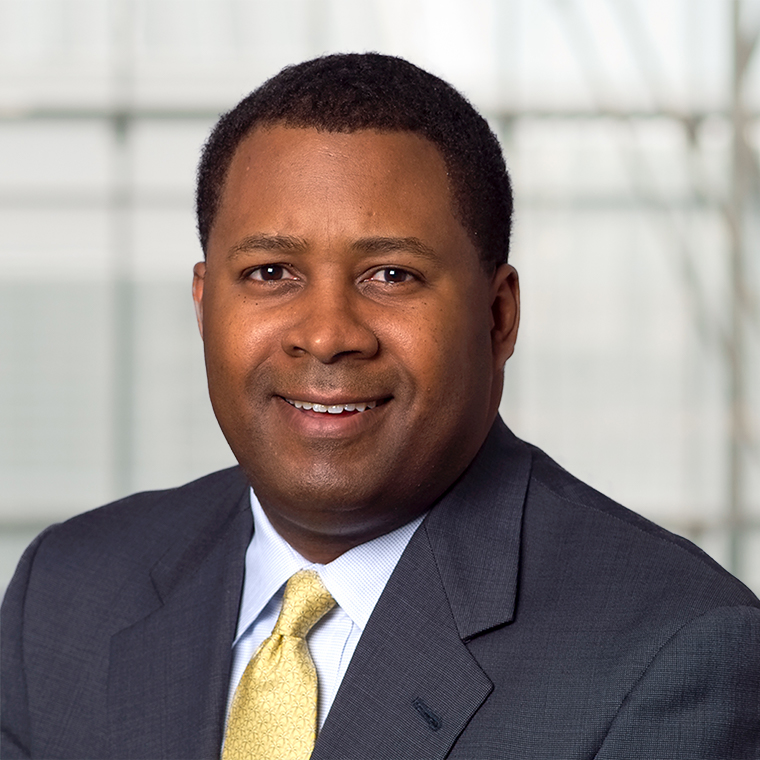 Reginald J. Brown is the chairman of the firm's Financial Institutions Group and also leads the firm's congressional investigations practice as vice chair of the firm's Crisis Management and Strategic Response Group. Mr. Brown has one of Washington DC's most vibrant and diverse governmental investigations practices, and regularly counsels financial institutions and other industry-leading clients facing complex and high stakes regulatory, enforcement and reputational matters. He joined the firm in 1997, and served as special assistant to the President and associate White House Counsel from 2003 to 2005.

Mr. Brown provides investigations-related guidance, strategic counsel and crisis management assistance to a broad range of companies and senior executives confronting challenges and opportunities at the intersection of government, law, media and public policy. He has assisted leading institutions and high-profile individual clients with more than a hundred congressional inquiries and crisis avoidance and mitigation matters. Mr. Brown also leads teams of lawyers responding to some of the most challenging Consumer Financial Protection Bureau (CFPB), Department of Justice (DOJ), State Attorneys General and other regulatory or enforcement matters for financial institutions. Many of his clients are among the world's most prominent banks, hedge funds, private equity and venture firms, energy companies, government contractors, healthcare institutions, and technology firms, as well as CEOs and high-ranking public officials. Mr. Brown has also assisted prospective and incumbent high-level public officials in connection with complex ethics agreements and governmental controversies.

Mr. Brown previously served in the White House Counsel's office, where he was the White House's principal legal liaison to the Departments of Treasury and Housing and Urban Development, as well as many independent financial services agencies. In this role, he provided counsel on a wide variety of issues. Mr. Brown also served as a counselor for the White House Office of Political Affairs, Presidential Personnel Office and the National Economic Council.

Prior to his government service, Mr. Brown served as assistant to the CEO and vice president of corporate strategy at Nationwide Mutual Insurance Company, and as the deputy general counsel to former Florida Governor Jeb Bush. Mr. Brown also served as a Peace Corps Volunteer in the Federated States of Micronesia early in his professional career. While working as an associate at WilmerHale in the 1990s, Mr. Brown served as co-counsel to victims of the Oklahoma City Bombing in connection with sentencing proceedings for Terry Nichols and Michael Fortier.

Backed by deep experience gained across the legal, government and corporate spheres, we guide clients through internal investigations, monitorships, and other crucial AML and economic sanctions matters.
Counseling clients on challenging banking and financial services issues and complex consumer financial services rules and regulations.
We help clients capitalize on the tremendous promise of Big Data, while addressing challenges with respect to privacy, cybersecurity, technology transactions and licensing, intellectual property, antitrust, litigation, regulatory enforcement and much more.
Offering comprehensive solutions for companies and individuals facing the legal, reputational, political and collateral implications of a congressional investigation.
As one of the preeminent CFPB practices in the United States, our team helps leading banks and financial services companies resolve CFPB issues and public enforcement actions.
Leveraging extensive federal- and state-level experience to guide clients through the complex rules and regulations related to consumer financial services.
Helping companies develop and execute the legal and operational plans needed to navigate challenges related to the coronavirus (COVID-19).
When legal, public policy and media challenges converge and an institution's reputation and business are at stake, no firm rivals WilmerHale’s ability to navigate fast-moving events and craft lasting solutions.
Representing clients in sensitive inquiries across jurisdictions.
Helping educational institutions solve their most complex, high-stakes problems.
Our seasoned team has represented dozens of companies, executives, and current and former officials in inspector general investigations.
WilmerHale has played a leading role in shaping the rules that govern the financial services industry in the United States.
Drawing on years of experience in the public and private sectors, our lawyers handle a range of litigation involving the federal government, state and foreign governments, and complex regulatory regimes.
Bringing significant depth and critical experience to government contracting matters.
Guiding clients through high-stakes and sensitive investigations.
A global team handling highly complex and sensitive matters in all aspects of litigation.
Advising clients on changing priorities, new regulations, emerging threats and untapped opportunities.
Providing effective counsel and advice to those in the professional services industry
A premier public policy, legislative affairs and regulatory team that develops and implements effective strategies, delivers measurable outcomes, and offers a deep understanding of policy and politics.
Investigations, litigation and enforcement actions launched by state attorneys general are becoming increasingly commonplace, and present unique challenges that require a specific skillset to address.
Uncompromising defense of corporations and individuals in high-profile and complex litigation and investigations.

View all of Reginald's insights & news