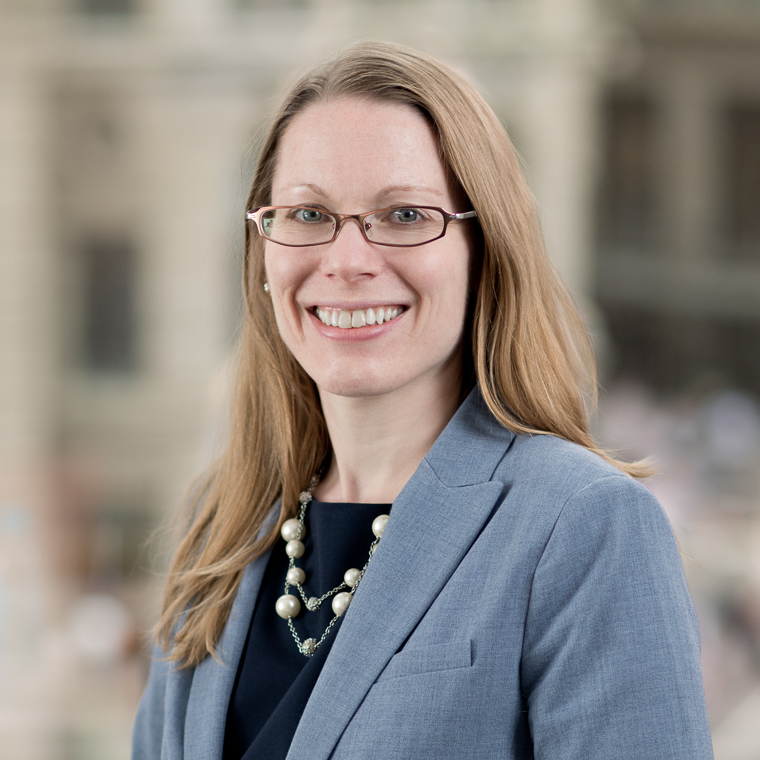 Megan Barriger is a litigator with an emphasis on securities litigation, general commercial litigation, and False Claims Act actions. She represents public companies, financial institutions, and their officers and directors in complex individual, class action, and derivative cases in federal and state court. She also has experience defending clients in internal corporate and government investigations, including SEC and DOJ matters.

In the past year, Ms. Barriger has represented a major financial institution in a number of state false claims act litigations around the country; successfully defended a company and its officers against a class action asserting securities fraud claims; and served as co-counsel in a class-action lawsuit asserting that the state of Michigan violates the equal protection clauses of the US and state constitutions by taxing menstruation-related products. Ms. Barriger also serves on the Litigation/Controversy Department’s Standing Committee on Privilege.

In the first half of 2018, Ms. Barriger served as a Special Assistant District Attorney with the Middlesex County District Attorney’s Office, during which she first-chaired eleven criminal trials, as well as numerous evidentiary motions and other hearings before the District Court.

Ms. Barriger also maintains a robust pro bono practice. Her recent clients include a family seeking medical deferred action because their child requires medical treatment in the US; an individual seeking asylum in the US; and a restaurant worker who had been sexually harassed by her boss, for which Ms. Barriger first-chaired a successful two-day public hearing before the Massachusetts Commission Against Discrimination, a decision that the Full Commission recently upheld.

Prior to joining the firm, Ms. Barriger clerked for the Honorable Vice Chancellor J. Travis Laster of the Delaware Court of Chancery. While in law school, she was a summer associate at WilmerHale and an intern at the US Department of Justice, Antitrust Division. Ms. Barriger was the editor-in-chief of the University of Pennsylvania Journal of Constitutional Law, and she authored and published a Note on due process limitations on class action monetary remedies. She also served as a legal writing instructor and as a research assistant to Professor Cary Coglianese.

Before pursuing her law degree, Ms. Barriger worked as a senior analyst at Compass Lexecon and a research analyst at McKinsey & Company.

Providing effective, creative and efficient representation for clients’ most complex commercial disputes.
A global team handling highly complex and sensitive matters in all aspects of litigation.
WilmerHale has a record of success at all stages of enforcement proceedings—from informal inquiries to litigation.
WilmerHale has defended clients in hundreds of class, derivative, shareholder and individual actions alleging securities fraud, breach of fiduciary duty and other corporate misconduct.

View all of Megan's insights & news