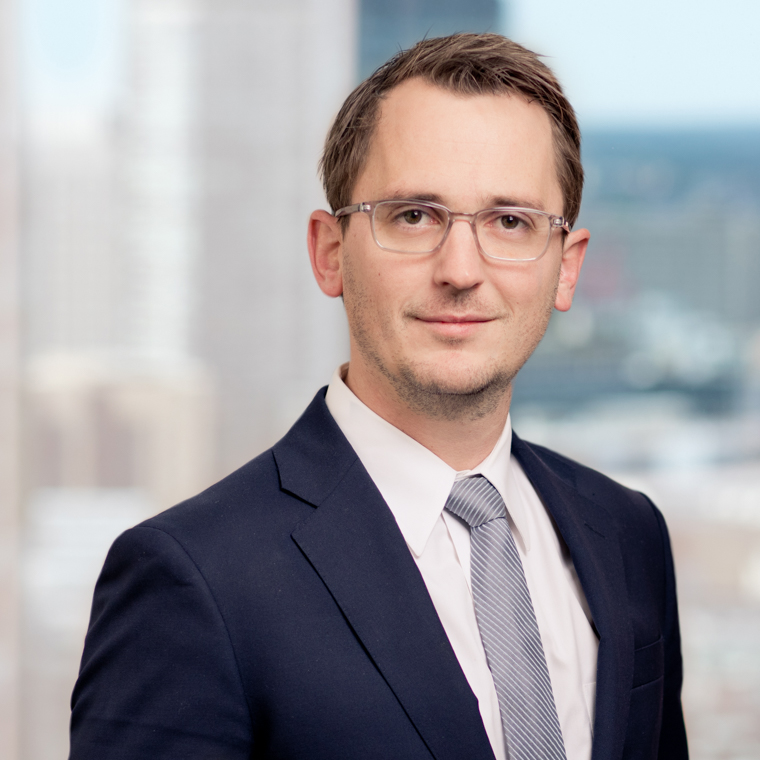 Eric Hawkins focuses his practice on commercial and public interest litigation at the trial and appellate levels. He maintains an active pro bono practice.

After his first year with the firm, Mr. Hawkins served as a law clerk to the Honorable Indira Talwani of the United States District Court for the District of Massachusetts.

Mr. Hawkins was a summer associate at WilmerHale in 2014. In law school, he worked as a legal intern in the Administrative Law Division of the Massachusetts Attorney General, where he gained appellate experience in both state and federal contexts. During that time, Mr. Hawkins served on the Executive Board of the Boston College Law Review and worked as a civil procedure teaching assistant for Professor Mark Spiegel.

Mr. Hawkins previously worked as a legal intern with the Middlesex District Attorney's Office and with the Rocky Mountain Immigration Advocacy Network. Throughout college and law school, Mr. Hawkins worked for the Samuel Adams brewery in Boston, Massachusetts.

View all of Eric's insights & news