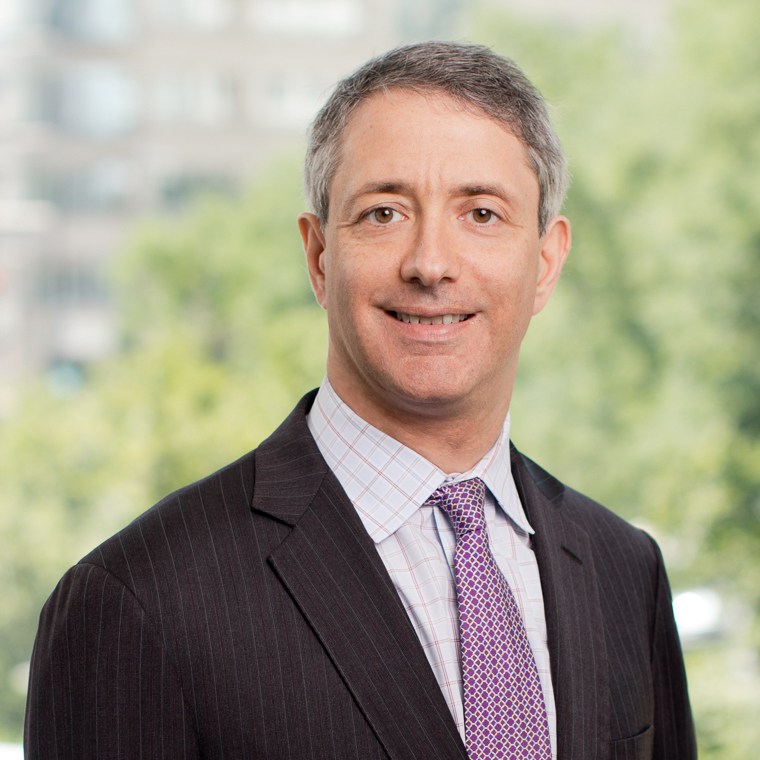 Craig Goldblatt is an experienced bankruptcy litigator, with a focus on complex bankruptcy disputes and bankruptcy appeals. The core of his practice has been protecting the interests of secured creditors, financial institutions and insurance companies in bankruptcy-related disputes, though he has also represented leading technology, transportation and communications industry clients in bankruptcy matters. Mr. Goldblatt joined the firm in 1994.

Mr. Goldblatt represents parties in all stages of bankruptcy proceedings. The core of his practice involves bankruptcy and insolvency related trial-level matters and appeals—particularly the representation of financial institutions and other commercial creditors in bankruptcy litigation. He has argued three bankruptcy cases before the Supreme Court of the United States, and one before the en banc Third Circuit. He has testified before a congressional committee on issues of bankruptcy law and policy. He has also developed a particular expertise on consumer bankruptcy matters, representing several major mortgage servicers, holders of credit card and other unsecured debt, and bankruptcy trustees in a variety of regulatory investigations, bankruptcy disputes and appeals.

Outside of his bankruptcy practice, Mr. Goldblatt participated in WilmerHale's representation of the University of Michigan, from the district court to the Supreme Court, in Grutter v. Bollinger, 539 US 306 (2003). The Supreme Court's decision in that case held that institutions of higher education may consider race as a factor in admissions decisions. He has also represented an array of pro bono clients in civil rights, criminal and constitutional litigation.

Mr. Goldblatt is a conferee of the National Bankruptcy Conference and is the chair of the ABA Business Bankruptcy Committee's Subcommittee on Bankruptcy Litigation. He previously served as Chair of the Subcommittees on Bankruptcy Appeals and on Environmental and Mass Tort Claims. He is a fellow of the American College of Bankruptcy, and chairs the College's Fourth Circuit Education Committee. He has taught as an adjunct professor at the Georgetown University Law Center. He is a regular speaker at ABA, ABI and other conferences on bankruptcy matters. Mr. Goldblatt also serves on the Board of Trustees of the Lawyers' Committee for Civil Rights Under Law.

WilmerHale has been at the forefront of complex financial restructuring and bankruptcy litigation and policy matters for decades.
Sophisticated knowledge of the bankruptcy process, combined with top-notch appellate and trial experience and the perspective and insight required to address a wide range of bankruptcy litigation and regulation issues.
Combining our trial and appellate strengths allows us to shape litigation strategy from the outset to maximize the likelihood of ultimate success.
Providing effective, creative and efficient representation for clients’ most complex commercial disputes.
A global team handling highly complex and sensitive matters in all aspects of litigation.
Our experience gives us the insight to understand the most complex issues, develop the most efficient and effective strategies to address those issues, and reach results that solve problems from a litigation, regulatory, compliance and brand-preservation perspective.
Our team provides incisive guidance on all facets of futures and derivatives transactions, regulatory compliance and enforcement.
A proven team that wins the highest stakes cases.
Counseling clients on challenging banking and financial services issues and complex consumer financial services rules and regulations.
Leveraging extensive federal- and state-level experience to guide clients through the complex rules and regulations related to consumer financial services.
Helping companies develop and execute the legal and operational plans needed to navigate challenges related to the coronavirus (COVID-19).

View all of Craig's insights & news