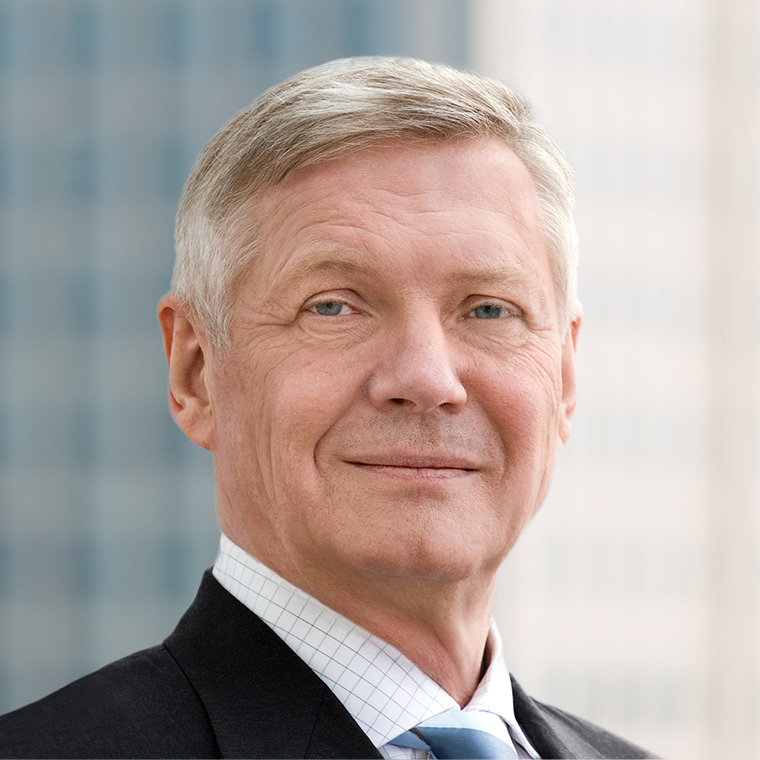 Hanns-Eberhard Schleyer has been closely involved in the development of the media industry in Germany. He served as chairman of a commission charged with identifying the financial needs of broadcasters, and contributed significantly to the establishment of private broadcasting in Germany (SAT 1, RTL plus). He has also been a member of numerous reform commissions, such as the federal government reforms which were oversaw by the Hartz Commission and appointed by the European Commission’s High Level Group on Benchmarking.

Mr. Schleyer was first associated with law firm Mudge, Rose, Guthrie & Alexander (New York). He later joined Haver & Mailänder (Stuttgart), where he was a partner, before serving as representative of the Federal State of Rhineland-Palatinate to the upper house of the federal parliament (Bundesrat) in Germany and then as Secretary of State and Chief of the Prime Minister’s Office of Rhineland-Palatinate. From 1989 until 2009, Mr. Schleyer has held the position of elected Secretary-General of the German Confederation of Skilled Crafts and Small Business (ZDH).

At the recommendation of the Federal Chancellor, Mr. Schleyer was appointed as a member to the National Regulatory Control Council for the first time in September 2011. The Council consists of 10 members and each member has a term of 5 years. The Council's legal obligation is the examination of all German Federal Government's bills regarding their cost burden for citizens, business and public administration.

View all of Hanns-Eberhard's insights & news