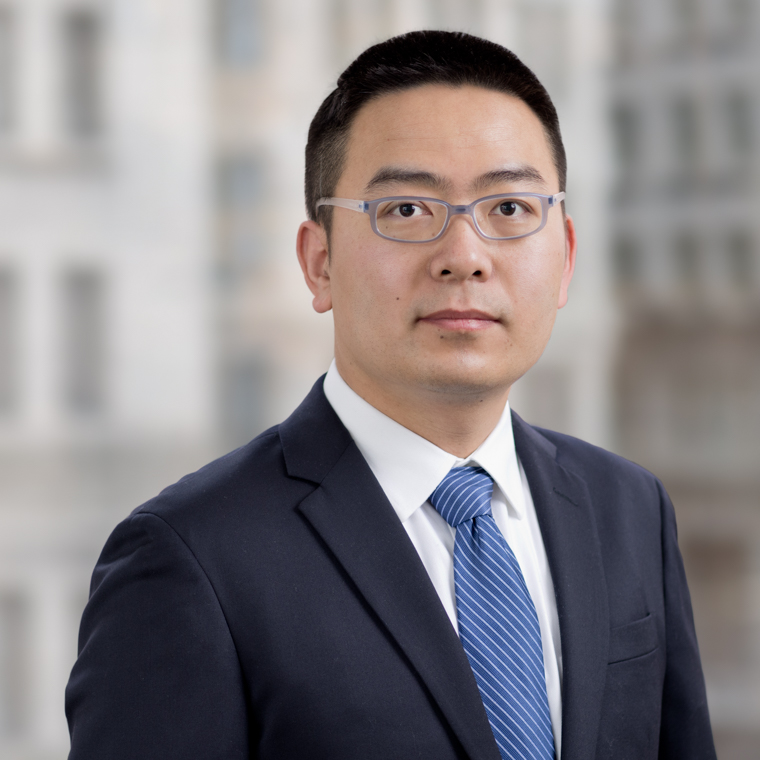 Bin Li is a technology specialist whose practice focuses on the preparation and prosecution of domestic, international and foreign patent applications. Dr. Li has experience with the global prosecution of patent applications in the fields of electrical and computer technologies, including wearable devices, MEMS sensors, IoT, semiconductor devices, 3D printing, energy harvesting, computer software, financial products and medical devices.

Prior to joining WilmerHale, Dr. Li was a patent agent at two other law firms in Boston, where he practiced patent prosecution and counseling. Previously,  Dr. Li was a senior scientist and IP manager at MEMSIC, Inc., where he led a cross-functional, multi-location research and development team and developed MEMSIC’s first monolithic 3-axis magnetic sensor, which was the world’s smallest e-Compass sensor. He also managed the company’s global IP portfolio. Dr. Li was a postdoctoral associate at the Massachusetts Institute of Technology from 2012 to 2013 and a graduate research fellow at The Ohio State University from 2006 to 2012.

View all of Bin's insights & news