December 7, 2020
Blog Focus on Audit Committees, Accounting and the Law

On December 1, 2020, Nasdaq filed a proposal with the SEC to adopt Rules 5605(f) and 5606 regarding board diversity and board composition disclosure, respectively. Nasdaq believes that these new rules, if approved by the SEC, will provide greater transparency to stakeholders and promote diversity within the board selection process.

Proposed Rule 5605(f) would require the board of directors of most Nasdaq-listed companies to:

Companies would be required to implement this rule based on listing tier:

Proposed Rule 5606 would require companies to disclose board composition in their annual meeting proxy statements or on their website in the format below: 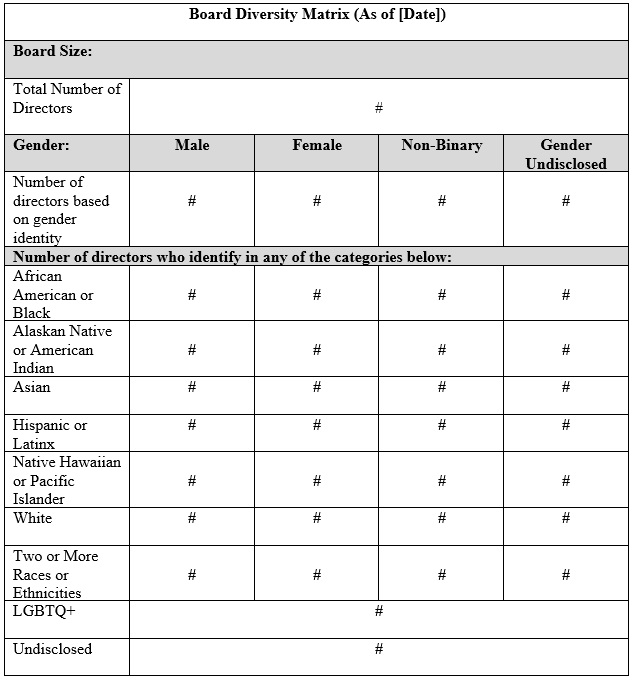 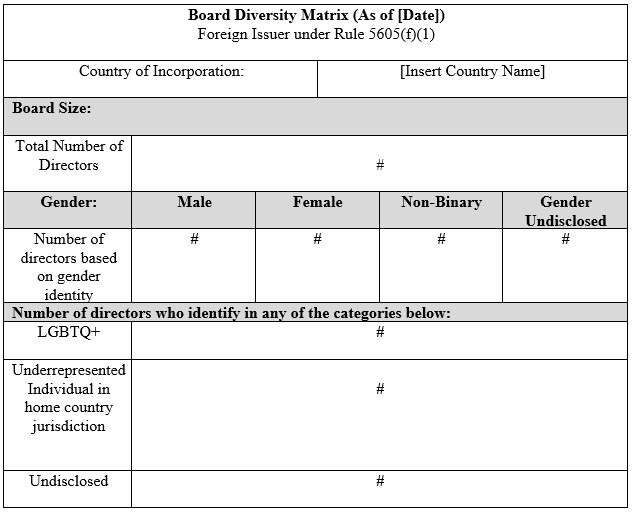 Definitions of the various categories of diversity are included in instructions proposed as part of Nasdaq’s rule filing.  Nasdaq also issued a series of FAQs relating to the proposed rules.

A premier corporate governance and disclosure practice providing timely, tailored and practical advice to public company clients based on in-depth experience and insight.